Norway is one of only five countries in the world to allow tailings from mining to be dumped straight into the sea. Now plans are afoot to dump the waste into fjords. Fishermen, reindeer herders and residents are putting up a fight." DW (9.35)

When the Activists Stop the Mine; The Battle over Norwegian Fjord

Activists blockade mine site over threat to pristine fjord

The European Green Party at its Spring Council Meeting in Zagreb, strongly condemned the decision of the Norwegian Government to dump into the Førde Fjord in Western Norway.

The black side of Norwegian environmental politics

The Norwegian government has green lighted a plan to let a mining company dump millions of tonnes of waste into a fjord. Once again, money and business concerns are deemed more important than our environment.

Activists promise protests after government green lights plan for mineral mine to dump millions of tonnes of tailings at spawning grounds for cod and salmon.

Norway is in danger of losing its reputation as a country of unspoilt natural landscapes if a proposal to dump waste in one of its fjords goes ahead...

'Acutely toxic' mine waste threatens the death of Norway's fjords

Two huge open pit mines in northern Norway are on the verge of approval, writes Tina Andersen Vågenes - even though they would dump hundreds of millions of tonnes of tailings in fjords where wild salmon spawn. Scientists are voicing serious concerns, and protests are growing, but government and mining companies appear determined to push the projects forward regardless.

Norway’s green and unspoilt image is at risk if government agrees to Nordic Mining dumping hundreds of millions of tonnes of waste into a fjord, say campaigners 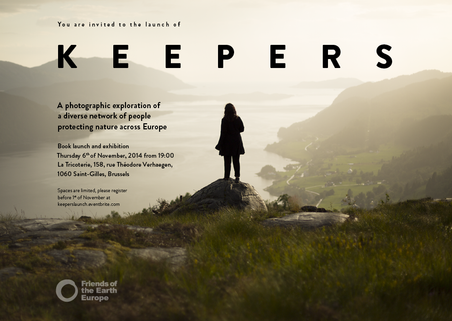 We, the Vevring og Førdefjorden Miljøgruppe – VFM are an environment and community friendly organisation which is currently dedicated to act against an imminent mining project proposal at the Engebøfjellet mountain in Vevring. The mountain happens to have deposits of rutiliferous and thus keeps attracting several big companies for mining. These giant companies care only for their profits and fail to see the severe harmful consequences this mining project will cause otherwise. The community of Vevring, rich with its culture & art and nature, is in danger of being replaced by an industrial mining project!

We are proud of the Vevring community and want to preserve it from the foreseen damage.

We ask your help and support in our fight for the future of Vevring:

Information about the said mining project at Engebøfjellet:

Engebøfjellet is situated in the heart of the Vevring community with farms and residences on both sides. The mountain has been zeroed upon for several years now because of its mineral content, especially the 4% content of Rutile, a form of titanium dioxide used as a white pigmenting agent. This attracted the interest of mining entrepreneurs from Germany, Australia and later the American multinationals like Du Pont & Conoco. The latter, during their test drillings and building of a grand ‘landing stage’ at Engebøfjellet, have left behind a great number of wounds to the nature here.

It has been pointed out (Nielsen (2009)) that  proposed  technology used to extract rutil from ekolit is not a known technology used before on industrial scale.  With the use of chemicals  Nordic Mining is hoping  increase the extraction percentage  of rutil from 45%  to 55% or even 60%.  One can draw two important conclusions from this:  First,  at this point in time there is a considerable uncertainty as to how the production-technology will work, which has direct consequences  for both  what the profitablity of the  project is likely to be and  and  what  waste it will produce. The second conclusion to be drawn from this is, that if  Nordic Mining only succeeds in  extracting  ca. 55% of the rutil, then they will  dump  up to  45% of  all the sought after  rutil, straight into the sea! Which again begs  the question:  Should we not put the whole project on hold, if not indefinately, then at least untill  the  production/extraction technology is  more refined and not so wasteful?

It is estimated that this project will create about 100 – 170 new jobs, however due to the infrastructure of the entrepreneurs these will probably not go to the local people. It is more likely that the company will seek cheap labour from abroad, contributing to the allready serious problem of social dumping in Norway. Social dumping is a problem the Norwegian trade union movement, and the government for that matter, has been trying to eradicate, since the practice undermines the wages and work conditions of the Norwegian workforce.

Thankfully to our resistance, the entrepreneurs have so far been unsuccessful in exploiting our nature, but we have the ever-hanging threat over us. The local government council thinks of the project as a gold mine and, against our wishes, have been eagerly searching for new entrepreneurs. They seem enthusiastic about sacrificing our community with its passionate tradition for art and culture and, to use the fjord rich in marine life for waste disposal. Their excuse is that the project will help them escape their current economical crises, a proposition of doubtful demure.

Now the council has found a new partner in Nordic Mining ASA, a relatively new Norwegian mining company trying to secure its place in the Stock exchange for a 2013 start-up. More specifically they plan to use 3 billion kroner on the project and pocket away 200 billion kroner! And this, at the cost of our priceless nature.

We want to stop this once and for all! And we need your voice and your help for that. 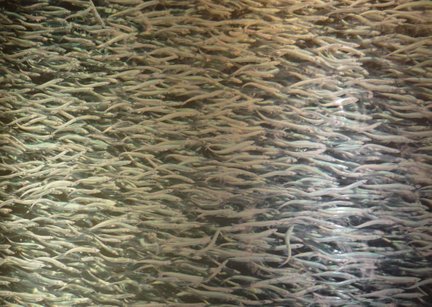 Friends of the earth Europe 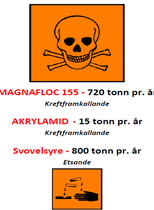 You can become a member of the Vevring og Førdefjord Miljøgruppe. By signing up you can help strengthen us. A large group can take a more effective stand and be heard...

If you wish to extend your support or be a part of the group, please contact us...